Does blogging make any more sense?

I see only 2 or 3 views on each of my posts. I hope you don't think my last post was fake, because it isn't.  Now I read about how important blogging is  to oneself and I think I should use my blog as winging my emotions somehow.  I'm uploading this to let you know I'm ok, I'll go on gaming, photographing, boggling and writing to honour my deceased husband. I won't stress myself over everything that me and my husband would, could achieve, I'm just not giving up. if you would like to support me, send me any views, likes, comments, subscribe and even donate paypal.me/luisaheesen. And now off to cooking some pasta for dinner. Then I'll watch tv I guess.
Post a Comment
Read more

no-games day; because you don't play games against God's will

- May 06, 2021
Today I wasn't able to post any gaming video.  Today early in the morning my husband died.  I told my husband many times to take things slowly; he couldn't. Wouldn't. He was a perfectionist. He worked overtime because he was afraid of losing his job; he did his job correctly and even worked more, because he wanted to impress his boss, gain respect and hoped for an easier job; he tried to understand each and every situation, each and every human he encountered, each and every word spoken... It came from dealing with unsupportive people, being misunderstood and not seing the meaning of life. "All this stuff makes no sence anymore" (Es macht kein Sinn mehr). he couldn't say no. But he said no, when it came to doctors. He didn't go check with a doctor, quit alcohol and receive a pension or jobless money because he was afraid he had to deal with authorities.  He also saw himself as a misunderstood rebell; the pillar his mother, the for both me and his mother, t
Post a Comment
Read more

A different game: Dice Dreams + my exhibition digital and print

I have a love-hate relationship with this game. I don't like it because it's too similar to Coin Master, which has a bad reputation for being a game +40s play. I like it because it's different than crushing candies... my photo " The Evergreen Tree " in print exhibition ( 22-24th October ). Until then, enjoy the Virtual Exhibition .    It feels good to have my photo exhibited in the country I live.
Post a Comment
Read more

- May 04, 2021
I don't understand why YouTube must be splitted into studio, music, etc. I mean I tried once to upload a vide on YouTube directly from my tablet; never again.  I had to access YouTube studio on my internet browser to upload the video, then recheck that video on YouTube. I mean why do I need so many websites at the same time?  Plus, on Facebook app I can't access my videos. Anyway, here's today's video.
Post a Comment
Read more

Bingo Blitz//blogging from a to z 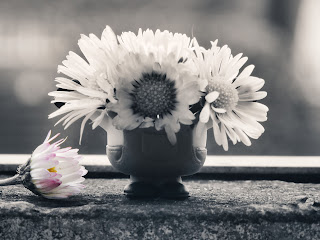 I see more clicks when I post about photography or hair rather than my usual gaming videos . It makes me happy to know that. I wouldn't like to be known as a gamer, let alone check the newest trendy games and gadgets out there. My first print -exhibition is  postponed  due to covid situation. My gaming videos are an excuse to blog every day, to learn film editing and to blog about other things. I also heard that writing every day helps training the mind for writing books; so far I barely come with something to add to my books but so far photography, blogging, gaming and video editing take a lot of me.
Post a Comment
Read more
More posts